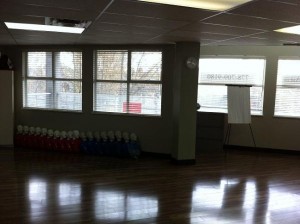 Hypoxia, is a condition which is the result of insufficient oxygen reaching the body tissues from the blood. First Aid Classes teach you how to act quickly as hypoxia is a medical emergency.

If the brain has no oxygen for just 3 minutes, then brain cells begin to die. Hypoxia is therefore a medical emergency and must be acted upon very quickly otherwise it will be fatal. Without a sufficient supply of oxygen from the blood, all of the body organs and tissues will be unable to function.

In a healthy person, the oxygen is the air is plenty to supply our tissues and organs with enough oxygen to function normally. However, if a person is unwell or injured, there can be a reduced amount of oxygen reaching these tissues, and therefore the patients body function will deteriorate.

St Mark James First Aid manual says the signs and symptoms to help you recognise moderate and severe cases of hypoxia include:

These symptoms all identify moderate to severe hypoxia and will become clear as the hypoxia progresses. However, in mild hypoxia, First  Aid Classes explain that the patient may appear confused and be unable to think clearly.

Our body compensates for this by increasing the rate of our breathing and the depth of our inhalations in order to try to gain the much needed oxygen.

There are many different causes and conditions that can result in hypoxia.

If there is insufficient oxygen in the air the patient is breathing this can cause hypoxia. For example, this could be in changes of atmospheric pressure eg. At high altitudes or in a pressurised aircraft. Or in gas or smoke inhalation, as this can also cause suffocation.

Another incident which causes hypoxia is an obstructed airway, such as a blockage or swelling of the airway, eg. choking or anaphylaxis. Further causes of obstructed airways can include hanging or strangulation, something covering the mouth and nose, or asthma.

If the chest wall is affected, hypoxia will result. These instances can be caused by crushing, such as by a crowd, a fall of earth or a heavy object, or alternatively, an injury to the chest wall, such as multiple rib fractures or constricting burns.

Hypoxia can also be caused by an impaired lung function. Injury to the lung, a collapsed lung or a lung infection like pneumonia will impair a patients lung function, therefore impairing their bodies ability to get oxygen to the tissues.

And lastly, impaired oxygen uptake by the tissues can be caused by carbon monoxide poisoning, cyanide poisoning or shock.

in these situations to reduce the effects of hypoxia. They also stress the importance of gaining emergency medical help and monitoring the patients responsiveness, breathing and pulse. In this type of serious situation, you must be ready to administer CPR if required.