In a lot of cases, spiders are unfairly stigmatized in hospitals and medical clinics. Some people blame their insect bites and discomfort on the spider, but these victims can never prove their case. Regardless of the many kinds of species in existence, North America is home to only two species of spiders, which are of medical concern. Generally, the first is the black widow spider and the second is the brown recluse.
Furthermore, it is difficult for even the most experienced physicians to distinguish between skin infections and spider bites from black widows or brown recluse types. 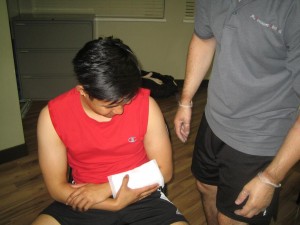 The black widow spiders are usually known to be the most poisonous species in the United States. In several other countries, there is a type of spider specifically the red back spider, which has a shiny black in color with a red spot. The brown widow spider is less poisonous and is located all over the world.

Symptoms of a spider bite

It is difficult to tell if a person’s wound is the result of a spider. Many individuals are late in asking for medical help after bit by spiders. In many cases, the black widow spider can only be distinguished by the effects of its venom more than any other factor.

Adverse effects of spider bites are quite similar.

Individuals should be cautious if any symptom continues to regress for over twenty-four hours.

When one is bit by any kind of insect, anaphylaxis is always a source of anxiety. In addition, it is advisable that individuals who experience insect bites and allergic reactions should consult 911.