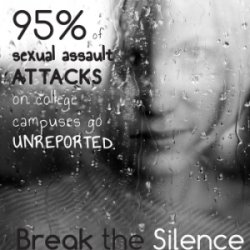 Society basically focuses on the inherent human rights of people and care of those who have experienced any form of sexual assault.  Law enforcement agencies are increasingly becoming more sensitive and aggressive in handling such felonies. Rape crisis centers and other similar support agencies provide physical and emotional support as well as educating and helping people who have been sexually assaulted or at risk of being assaulted through the subsequent police investigations and courtroom litigation.

The manner in which a victim of sexual assault is generally received and treated in the ED is very essential to his or her future psychological as well as emotional well being. Crisis intervention should immediately start once a suspected victim of a sexual assault. The victim should be seen and examined holistically. Most medical institutions have standing written protocols that specifically address a suspected victim to effectively address his/her physical and emotional needs as well as collecting forensic physical evidence.

In, many developed countries such as in North America, several of its states require some of their emergency department’s personnel to be trained in examining sexual assault cases. Normally, preparing for this kind of role requires extensive knowledge and skills training in identifying and collecting forensic evidence, comprehensive history taking and documentation, and most importantly a non-judgmental manner in approaching such sensitive cases on the part of the victim and his/her significant others.

Generally speaking victim’s reaction to a sexual assault such as rape is termed rape trauma syndrome and is viewed as an acute stress reaction to a life-threatening situation. The healthcare professional attending to the victim should be aware and anticipate that the latter may go through several phases of psychological reactions which can be manifested in violent or docile behavior.  Normally the following describes the process:

Managing cases of sexual assault in the ED

The goals of management are basically to give sympathetic support, to help reduce the victim’s emotional trauma and to gather as much available for possible legal proceedings. All of the interventions are aimed at encouraging the victim to gain a sense of control and assurance of his/her life. Throughout the victim’s stay in the ED, the victim’s privacy and sensitivity must be respected. The victim must be sensitively approach and the use of touch by medical personnel in the ED should be very sensitive as not to aggravate the traumatic experience. Moreover, the victim of a sexual assault should be reassured that the incident was not his/her fault and if appropriate is asked whether he/she needs a support person while being treated in the ED.